To reach the actual state of forgiveness will probably remain a lifelong process for me. Maybe there exists such a state as “partial forgiveness”. To understand that the perpetrators or “aggressors” have in one way or another been victims themselves does not necessarily help to “mend” everything. It needs an enormous amount of emotional energy to let go all the hurt, anger and confusion. This way of healing can demand of us a lot: It may include to look (in our imagination) into the aggressor’s eye. In the best case with a sad smile accompanied by a new understanding or even forgiveness. This may happen to put aside past experiences in a way that enables us to lead a new life with a new, free self.

As the trauma of being powerless and excluded has repeated itsself in similar ways it may be my task to see today’s aggressors under a new light: To realize that behind all viciousness and derogatory behaviour there is a victim. And it seems that this victim has once chosen the negative, aggressive and mean path. It makes me believe that controlling other people and derogatory behaviour are the only way for the aggressor not to have to look at his younger self that was in need of  emotional support there and then. And maybe this is the point where I am similar to the aggressor. It was in vain that I tried to hide those hurt parts away. But then, after having realized that the pain only “moved within my whole body” I chose to try a different way. This way was very painful at last it was a path that led me to myself and to everything I can or could be. I don’t believe I can forgive “just like this”, without feeling the hurt again and the deep sadness that lies beneath it.  For my part I could “forgive” only by my mind, because I was afraid to express those feelings, in fear they would never end. The psychologist Enright describes “Anger, hate, bitterness and hurt” as the “four walls of a prisoncell” that the victim is  surround by. “Forgiveness is the key to open this prisoncell“. 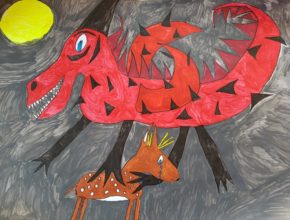