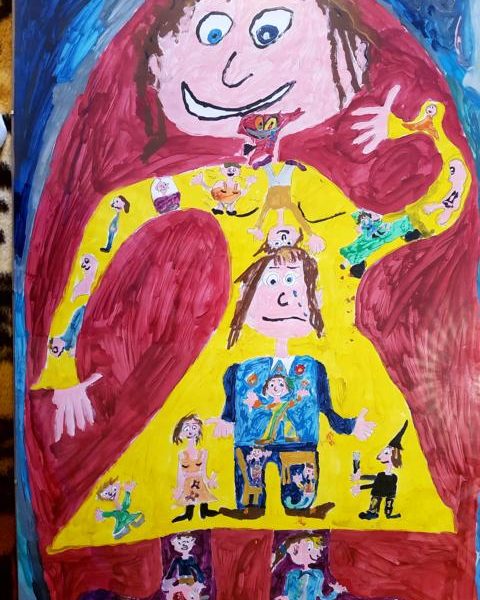 When I was a child I thought that my home would always be where I lived with my parents and my brother. As a teenager I wanted to “see the world” and find a place where people where as different as I felt I was. Several times I thought that I had actually found that place living with house occupants and listening to hippies in front of a cave under the sky of the Canary Islands. At first I thought that this would be me in my new “home” living in absolute freedom. I always looked for “home” outside-in the world. But it was neither with the “outlaws” and hippies nor in the students’ residential home where people came and went. When I finally started to work and rented a flat, I soon found out that this wasn’t a true home either. It felt lonely and empty and I was missing the chats with my roommates from the residential home. It was also more quiet which was good during noisy workdays at school but felt depressing at the weekends. The more friends I made in my new environment the better it felt to be alone in my new flat but I never felt that this was “my true home”. I couldn’t explain why even when I moved to a different city. I thought that if had all my possessions around me and would make new friends than maybe this would become my true home. But this was not the case. When-after 10 years of teaching-I was exhausted and diagnosed with “burnout and depression” my doctors encouraged me to go into a psychosomatic clinic. I was reluctant to go and leave everything behind I had grown used to: my flat, my friends, the sports clubs I went to and the nature I loved so much. But I couldn’t really enjoy any of these things because I spent my days in my bed, sleeping and following the vicious circle of my thoughts. I caught an infection every other week and it seemed to me as if my whole body screamed “No” to everything that was going on in the world. At that time I considered my body to be something functioning independently from my mind. I increased the number of vitamins I took to “get better” but it didn’t help. When I searched the internet for different clinics I found one which had the slogan: “We will give you a home for a limited period of time”. I-who had searched her whole life for a home-was attracted to that slogan. At the same time I couldn’t imagine how a mere “hospital” could make people feel at home. My first impression when I “entered” this clinic was that there were many people hugging as if they had known one another their whole lives. I felt like an intruder. The only thing I wanted was to get well as quickly as possible and to return to “my world” whether I considered it to be home or not. When I met the therapists one of them said: “You can’t be free and feel at home if you haven’t enjoyed the comfort of a loving family.” I found that absurd, because I considered to be free is to be able to go where you wanted to go and to travel the world. Therapy went on and after many weeks it was me who was hugging other people as if we had known one another for a lifetime. The clinic had made true its promise: It had offered me a “home”. One year later when I came to the summer festival nearly no one recognised me. The other patients that had given me a feeling of “home” and many of my therapists had “left” the clinic. It was then that I understood that this unique feeling of home can be connected to being with people that also see your “shadow sides”. Like in my students’ residential home these people appear and “disappear” as if they had never even existed. Finally I found that home, my home, is neither the flat I live in, nor my possessions nor the friends I have at the moment. My true home is my body. I take it everywhere and it knows everything I have experienced so far in its cells. I even found out that there “exists” something like a first Chakra which contains the energy of feeling “at home” in the world and being among other people. In my case it has been blocked my entire life: I have always felt somehow “left out” in a group, as if I was just standing next to it without being a part of it. In Yogi “theory” the first Chakra is based on the end of our spines. If I try to concentrate and “open” it, it has the effect that I feel more connected to people-even if some of their mannerism displease me. I can see them more as a mirror of my “sunshine sides” and my “shadow sides”. So, my answer to the question “where is home” is: it is in myself. Mind and body are interdependent, if one is “out of balance” the other one gets out of balance too. And yes, I believe it is possible to be “free” even if you have been traumatized in your original family. There is a sacred place in yourself that you can clear of all the things that prevent you from becoming who you really are. 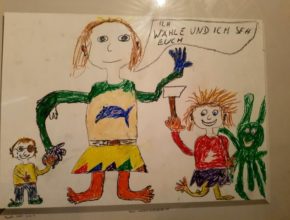 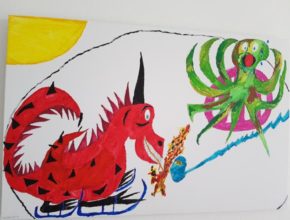 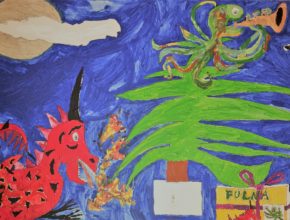