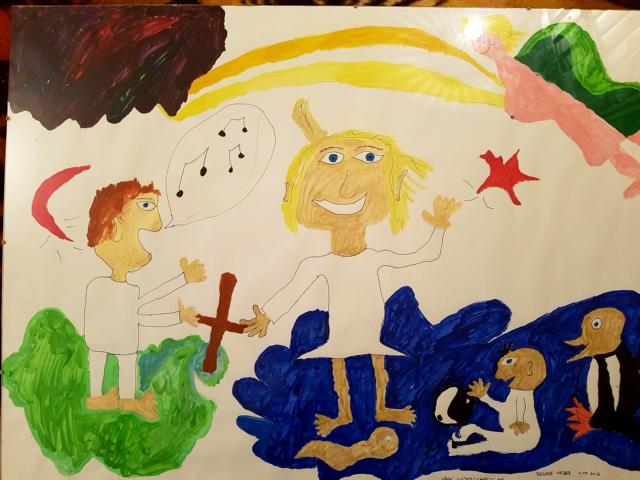 Eventually I noticed that there was still something burdening me: IT WAS MY OWN NAME: Renate. It had also been the name of my aunt Renate. She was 11 years old when she died of typhus in Eastern Germany which at that time was occupied by the Russians. She died alone in an overcrowded Hospital. My mother, desperate about the loss of her sister, decided at that time to name her own child Renate. She knew that the name Renate meant “to be reborn”.

Since I have drawn and created a good place in heaven for my aunt, together with all the other lost children, including my own miscarriage, I feel less burdened. It seems that I have become a “Renate” who has liberated herself from the burdens of the past. 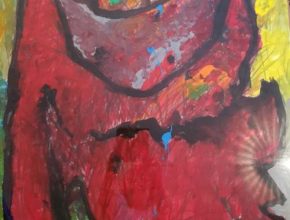 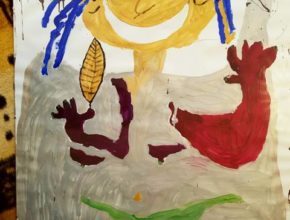 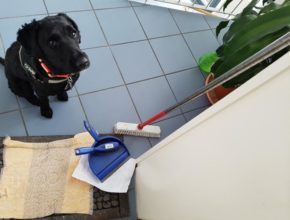 game of guilt: the day of the broom