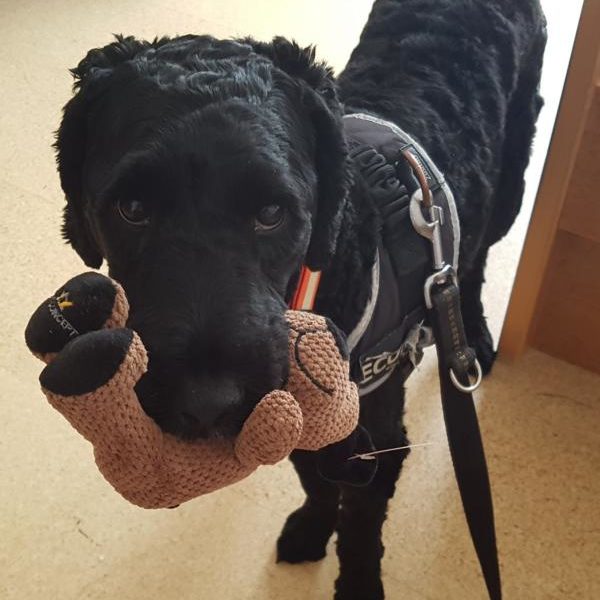 How do I “gain“ inner peace? I strongly believe that inner peace has to do with forgiveness-for myself and for others. It is important not to confuse “forgiving” with “forgetting”. It is not easy for me to admit it, but as far as forgiving my family is concerned I just couldn’t do it with my whole heart. I have tried to forgive my brother, but it was only a rational act. Very soon after having said to him, that I would forgive him the feelings of hurt and bitterness returned. Am I not generous enough? I now know that I wasn’t ready to forgive my brother and my family. I just wanted to “get it over with”. Obviously this is not how forgiveness works. Maybe –if you saw your life as a bottle of experiences- half of this bottle should be good experiences or at least neutral ones. Having a very low credit of good experiences made me envious of others and less generous to forgive those who have hurt me in the past. This may also be because I expect too much of others and myself. I am sorry that this attitude makes it harder for me to be at peace with myself and with others. As I can’t change that at the moment there is however another way to become “more peaceful”: This is to make my peace with all the things that I could have done differently in the past. A wise man once said that we shouldn’t label the things we feel we didn’t do well as mistakes, but simply as experiences on our way here on earth. And even though we are raised to believe that we should avoid mistakes at all cost, learning wouldn’t take place without them. When I look inside of me I realize that I keep beating myself up about all the things I seem to have done poorly in my life. I am sure that everybody wants to live his/her life as best as s/he can. I believe nobody, absolutely nobody, wants to fail his/her life on purpose. And this is where self-forgiveness comes in: What if we did it as best as we could at that specific moment in the past? This is not an excuse to repeat bad behaviour, but maybe the thought that we couldn’t have done it better in the first run gives us the strength to improve our behaviour and-finally be at  peace with ourselves. 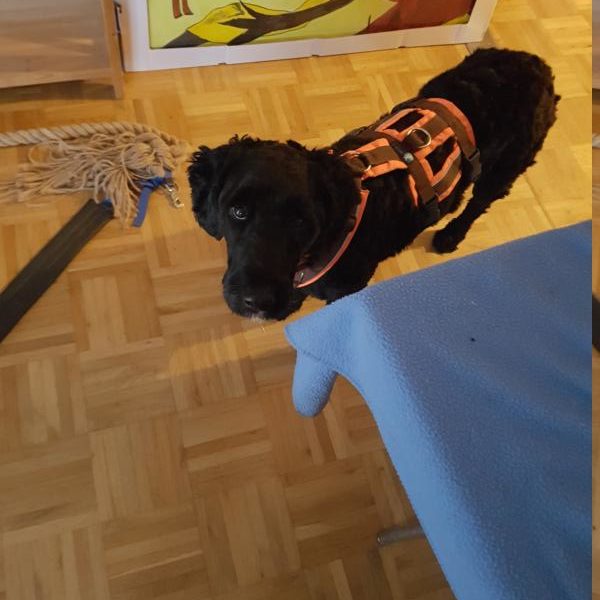 I have barely had any patience in my life. HIGHER, QUICKER, FURTHER- these were the goals that I have had for years. Even though I knew that this “life under constant inner pressure” wasn’t good for my health, I simply did not know how to do things more slowly. It was as if I there was a tiny man sitting on my shoulder who kept shouting: “Off you go, you don’t have time, be quick!” or if I had just fulfilled a task: “Hey, don’t relax, there is so much more to do.” Until now this phenomenon gave me the feeling that I couldn’t rest until I had fulfilled all daily chores and written down the new tasks that came to my mind.” This way I never really took my time to enjoy what I had already accomplished. I took this energy to do yet more projects. As there were nearly no pauses in between my “task-accomplishing” days I had the feeling, that tasks were never ending and that against all odds I wasn’t getting anywhere. This however, made me yet become more impatient with myself and with life in general. Until one day-the day when I met Marie-I began to question my attitude. It was a grey and misty November morning when I came to visit my father in the home for elderly people. By my side was Kalle, my service dog. The atmosphere in the home was kind of numb and it felt somehow empty, because there was neither talking nor laughter to be heard from the old people. I was glad when Kalle somewhat changed this stillness, because some grandmas and grandpas talked about him and how he reminded them of dogs they had had in their earlier years. Some wanted to stroke him others just stood there watching him in surprise. This gave me an idea of how secluded these elderly people lived. Still I was impatiently waiting for the lift, to get on with my visit and my tasks. When the doors of the lift opened there was a tiny woman with long white hair. She looked at me and said: “You are a beautiful woman.” I smiled. When another man, obviously a visitor, entered she said: “You are a beautiful man.” I realised that she used this compliment kind of like greeting someone, to get into contact. I asked her what she had in her trolley. “This is a picture of my husband”. I looked at the black-and-white fotograph of a man in his thirties. On the trolley there was a sticker with name and address of the elderly woman. I read that her first name was Marie (name changed). Next to the foto in her trolley there was an album full of fotographs. It looked like it was nearly 100 years old and its pages were torn from the constant use of memories. Other than that there was a mirror and a brush. I looked at Marie who was talking to the visitor about the many years he came here to see his wife. Looking at the trolley it suddenly struck me that in a few years time I could be like Marie. I understood at this moment that there was no real frontier that would save me from getting old and forgetting each day more of who I was and where I was. Even though I chose to believe that I could “enjoy life later” I began to comprehend how fragile life was. And suddenly my inner pressure together with the tiny man on my shoulder grew silent. When I got off the lift I saw Marie walking slowly along the long corridor, carrying her life in the small trolley she kept pushing in front of her. Knocking at my father’s door I felt that Kalle wanted to get away. For him as for me the visits here took a lot of energy. My father was enthusiastic to see me. It was painful for me to see how many of the things he used to do he didn’t know how to do them any more. I tried to talk about the past-the only time he seemed comfortable talking about. We even went for his first walk together which made the atmosphere of the home less misty. My father wanted to go home. He “invited” me for a drink in the nearby pub. When we crossed a big street he speeded up his pace and started shouting at a lorry who wanted to go on driving. At the tavern the owner had already a put a glass of wine on the counter. My father on the other hand didn’t know if 5 Euro were enough for the wine and my coffee. The pub was a sad place to be: There was no real “food” to eat, not even a roll to buy. People just seemed to come in to drink, smoke and feel less lonely. My dog sensed that something was not quite right. He looked at me quizzically and I was relieved when we could finally leave. “I will come back later”, he shouted at the owner who nodded stoically. A part of me wanted to shout: “Dad why do you destroy your life?” but I kept silent. I remembered the better times where my father and I had taken walks in the woods and finally eaten in a restaurant nearby. Those times I understood were ultimately gone. Since that day I try to accept that I can’t change my father’s consume of alcohol. What I can change is to enjoy life when it is peaceful and to be more patient. 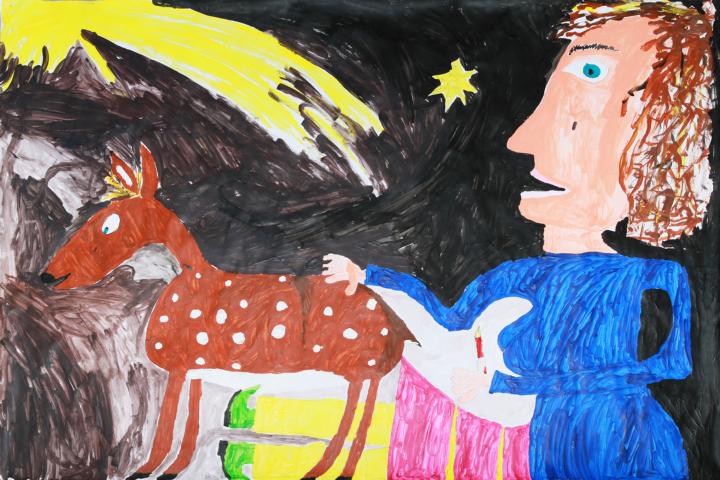 to encounter the horrors of the past with courage: With my healing fairy tales 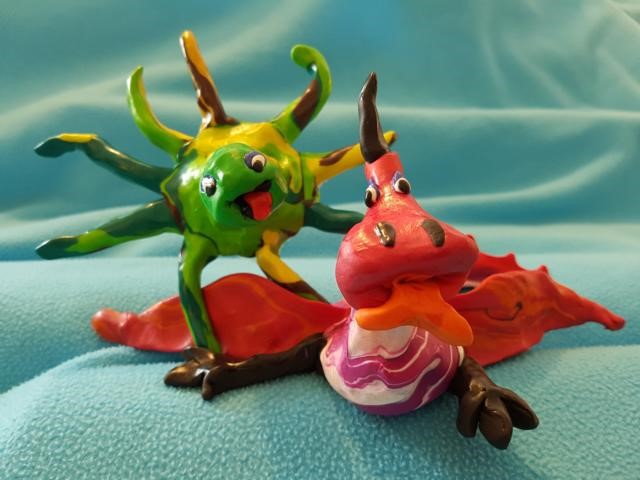 This was the “birth” of Fulna, the Dragon for my protection and Kai. Kai used to be a shadowy part. This part used to create a recurring nightmare for me: 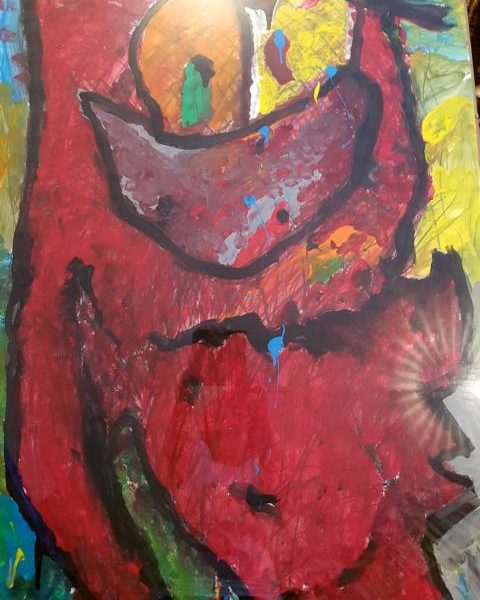 While my inner parts were transforming I suddenly could give “a face” to the rage I had turned against myself for a very long time. The “anger-devil” was born and he helped me to understand that underneath my anger there lay a deep sadness that nobody had helped me emotionally after I had told my family about the sexual abuse. 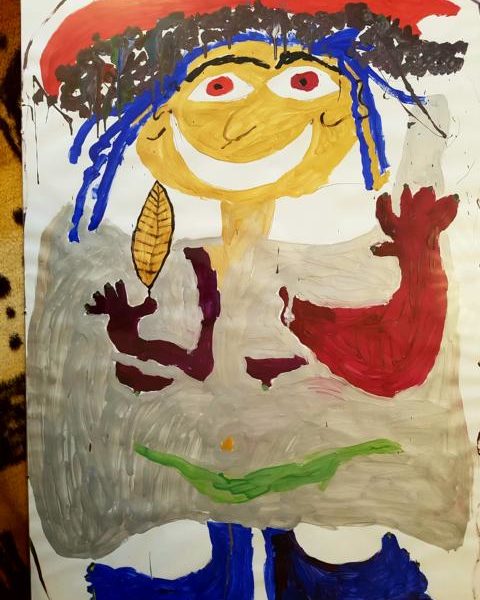 I imagined how it would feel to be the person I really was. I recognized that the feelings of shame and guilt that had accompanied me my whole life were not mine. They had been “transferred” to me just as the devaluation that took place during the sexual abuse. “Feather Woman” meant a liberation for me and it was also the beginning of a positive view on my own womanhood.

Horrors of the Aenderland 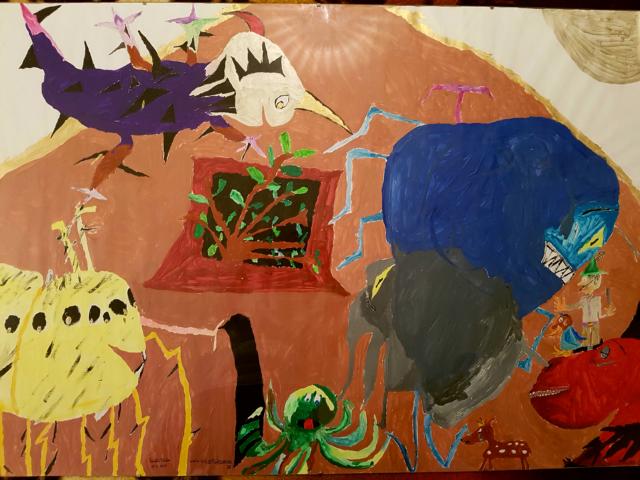 But before I was to find my “true self”, I had to let go of everthing that had constrained my life energy for so long. That’s why I created a truly “magic” world: The Aenderland (land of Change). And even if there were monsters and great terrors I still was in complete control of this world. It stood in contrast to the actual world where I had often felt powerless and rejected. The healing fairy tale in my autobiography had the effect of an ointment: You could still make out the “scars of the past”. But I didn’t feel that they were so ugly I had to hide them away. 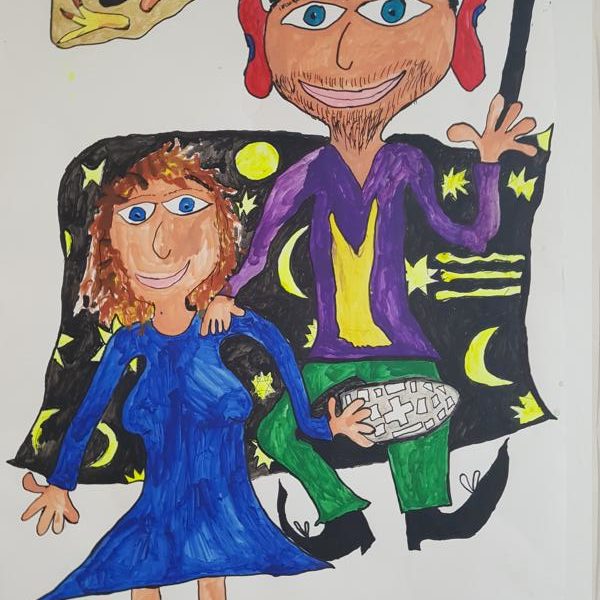 Despite of my healings fairy tales “Fulna” (the dragonlady hatches inside the office of a chief Editor) and “Renate -or the journey to the centre of the self” I had to admit, that I wasn’t fit for the challenges of every-day-life. Ich suffered from the reactions of my family who played down the consequences of the sexual abuse. I suffered from the rejection of some of my colleagues. Also I put too much energy in in handling my pupils. All this made me again seek “refuge” in the psychosomatic clinic. Unexpectedly grouptherapy led to many confrontations. Luckily I could gain insights from These conflicts and this helped me to deal better with the situations at home and at work. On my way I found valuable companions. I wrote About this process in my second book: Renate II: Companions. It will soon be available on the market (first in German). 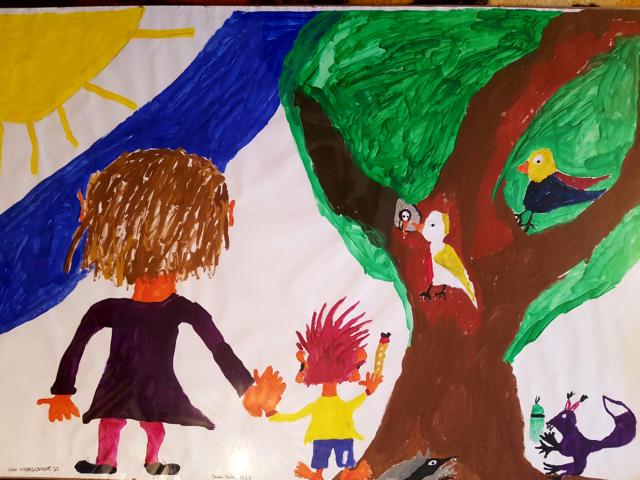 I realized that my low self-esteem together with my constant feelings of shame and guilt had made me a target for others to let out their anger. Only if I could be “a good mother” to my inner parts and learn to love myself as I was the constant “attacks” from outside would stop. 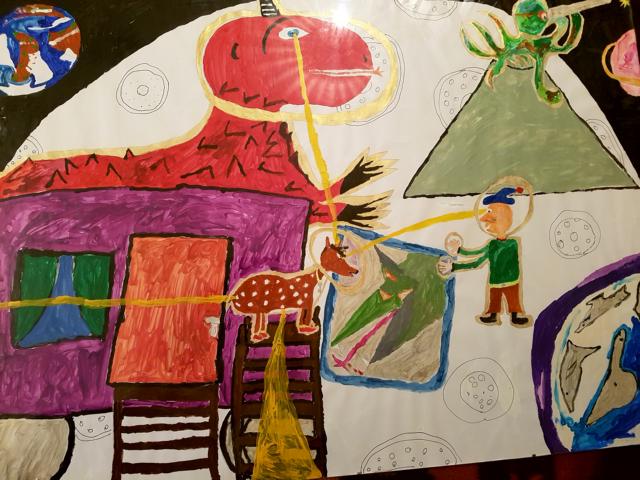 Like the fawn Anuschka I did my “demarcation exercises” in order to deal with conflicts: What was my part in the conflict and what were the general problems of the others? I learned that by focussing on my energy spots people would make way for me instead of bumping into me as usual.